I was still having fun in Turkey when the invitation for project in Georgia came from our president. The president of our association Perpetuum, not the president of Croatia. Seven days, Bakuriani – Georgia’s most famous ski resort and a project about personal development and non-violent communication.

I knew I had to work and finish my final thesis, I needed to do this, I needed to do that, but call of Georgia was stronger than call of everything else. Without any particular reflections about the trip and still under the impression of our Turkey tour, I decided to give the opportunity to Georgia as well. So far in my life the best decisions were always ones that I have not thought about for long time. Often the more you think about some decision it just seems to go further from you. If you want to do something, just do it. Unless you want to jump of the building. In that case think for a while. The point is, I like to give the remote controller of my life to a higher power from time to time . Call it a God, Destiny, Krishna, Ra, but you should try at least once in your life to make decision in a way you feel at first, without having to analyze every single aspect for five days. Analyze later.

A week after I landed in Zagreb, I was flying once more toward Istanbul, the city I was still tied to with fresh memories. This time, Istanbul was only a short stop on a way to Tbilisi. After a couple of hours at the Ataturk Airport I was again on a plane, this time to Tbilisi. First impression: “Where the hell have we landed?” Airplane and helicopter wreckages dominated on Tbilisi airport, a legacy and a reminder of the Soviet Union. Since we landed at 4 am, we felt tired and decided to make artificial meadow in the middle of the airport our bed and slept there like sardines in a can. There is something magical in those sleeps at the airports that give a special dimension to whole journey. At 10 pm we went with Marshrutka toward the heart of Tbilisi. Marshrutka is the bus you usually see in every documentary about the life in Russia. For me, much more interesting experience than driving in some modern buses. It’s nice to know that somewhere out there you can still see something different. Price of the public transport in Georgia is almost non-existent, ticket costs around 10 cents and you ride until you have to go out.

Traffic rules in Georgia are, to say the least, strange. Tamara was writing about the transport in Turkey and all of its chaos, but here, here it is all a little bit more chaotic. Imagine the scene: the three of us were walking through Tbilisi on the edge of 8-lane highway that is passing through the city, cars rushing in both directions, no underpass, no overpass, pedestrian crossings nowhere to be seen, and yet we have to go on the other side. A Turk named Ali, Frodo of our adventurous fellowship, a man who lived in Tbilisi for two years and knew how things here work explains: “Oh, no, there are no rules here, you simply pass”. He then proceeded to cross the highway to our astonishment. I think even Frodo wouldn’t do that for a Ring here. He would say: “To hell with the ring” and turn around. But not our Frodo. And really, it seems to work that way, some of the cars stopped with the sound of squealing tires, some have avoided him, but no one at any moment didn’t honk or show aggression in any way. Amazing. One of the things that you will definitely notice in Georgia are their police cars. While the rest of the cars are more or less average or belong to the high lower class, police cars are definitely something that does not fit in with the rest of the Georgian traffic. You expect them to turn in the robot any moment and start saving the world.

Tbilisi is the capital of Georgia. In the middle of the city there is a cable car that ends on a nearby hill with a view of the entire city. Cityline is mainly dominated by traditional buildings but the impact of the West is visible. Walking through the city you will often come across a church. Georgians are practicing a form of Orthodox religion. Their churches have no seats and most of the icons and statues are in pure gold, enough to get those more greedy believers distracted. For me, the most impressive part of Tbilisi is located underground. It’s not a mine, not a cave, but the subway. Having in mind my fetish for trains, this fact is not surprising. But even if I don’t have mentioned fetish, underground in Tbilisi would fascinate me. You are going deep down with a single escalator several hundred meters long, something I‘ve never experienced or have seen. Metro is at greater depths than it is the case in the West. Metro stations are socialist monumental, without too much decoration, all in marble and minimalistic.

In the evening we started our trip toward the venue of the project. Exhausted, I tried to go to sleep few times, but it always ended with me waking up by a sudden maneuver of the van driver. The project was held under the codename “You as a Transformer” and it had nothing to do with Megatrons and Bumblebees (although personally I wouldn’t complain). Project theme was transformation of personal communication toward calm and non violent one. To be more concise, no hard words, no fights, no silly arguments. There were all kinds of ways through which we practiced how to achieve this zen communication. Some of the ways and games consisted of rolling in the snow and in the others we were peeling lemons which finally proved that all people are the same (don’t ask me how). Everything was conducted under the supervision of coaches, both of them experts in the field of psychology and communication. If you decide to go on a project like this, expect a lot of fun. Conclusion always comes through games and other non-school methods. You will meet a bunch of people and it will be fun. Follow the advice from the beginning of the text and thank me later. During the project we didn’t have too much free time, so I was unable to roam around as much as I hoped to, but then again, we were in the mountains, everything around covered in snow, there was not too much to see. During the project I met a couple of guys with wires in their head connected in a way similar to wires in my head. And we did cool things.

Highlight of the project: three of us and some random kid, hired those children snow sleds, climbed the hill and the rest is history. The first pit – you fly a little bit, speed up a little, the other, you fly a little bit more, speed up a little more, and on the third you are already richer for a bruise. Complete joy and fun. During the project we also visited Borjomi which for me has always been and always will be – Bon Jovi. Georgian national park, cool place. From the beginning of the visit I had in my mind what I wanted to do, and that was swimming in thermal wells – main attraction of Bon Jovi. We walked for an hour to reach the wells but everything was worth it when I dove into the warm water of a strong sulfur smell. The stench doesn’t matter when you’re in a pool with hot water, and around you everything is frozen. Bon Jovi is also known for its water that is rich in iron and thereby has therapeutic effect on the stomach, in the case you don’t vomit. The water is very warm and the taste is extremely bad. Some people wouldn’t drink it even if they would get super powers from it.

Another thing that we have witnessed and participated in that day was (semi-) traditional Georgian dinner. I have no idea from where they were bringing all that food, here comes khachapuri, here comes Khinkali, here comes ajapsandali, here comes this and here comes that. Every single piece of food was described and explained to us by our hosts. It was in that moment that I realized: “Maaan, these Georgians can eat a lot”. Georgian traditional dinner is called Supra. It mainly involves male population, eating and getting drunk, similar to the rest of the world when old friends meet, but there is specificity in this dinner. Supra has a leader (Tamada) who is constantly toasting to something and is practically the moderator of the dinner. He begins the toast and then the rest of the crew continues on his words. As the evening progresses and the alcohol flows, people slowly open and share their more intimate stories and emotions. In the end, it can easily happen that evening ends in a collective cry or you kill your best friend. What can you do, it happens even to the best. A few days and events later I was heading back to my base camp in Zagreb, richer for a couple of good memories and friends. On the way back I witnessed the plane landing in a fog, which was a great experience. You’re looking through the window, all white like in movies scenes where characters are in heaven. You know you’re going to land safely, you trust the technology, but you never know. And that would be Georgia in 3 pages of text. Make sure to find the time and place for it in your travels. An interesting country and different from anything you’ve ever seen so far. At least in the western part of the world. 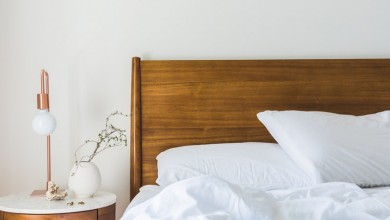 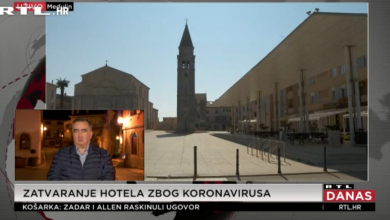 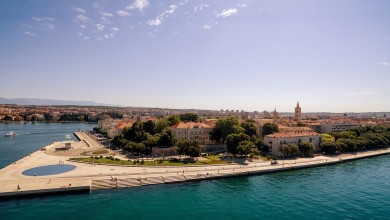 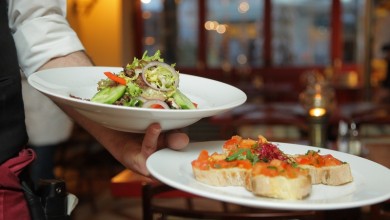