These days his phones are ringing since he has 3 ongoing projects and one of them will premiere soon in the USA. He’s determined with his intention to produce a world class project in his dear Croatia and he talks about it from the heart. Meet Vjekoslav Katušin, German and Croatian producer and an actor who brought Eric Roberts to Croatia.

How did you decide to become an actor? How did this happen?

I always enjoyed watching films, since I was a little kid. If I would see a movie which I didn’t like, I would take my notebook and write a story the way I wanted it to be and this happened for the first time when I was only 12 years old. I love to act different characters than me and I get completely overwhelmed by the character. My idols were Bruce Willis and Bud Spencer.

I never thought I’ll become an actor and that I will work in that proffesion. I studied in Germany where I’ve finished colledge for becoming a bricklayer. I was selling insurance afterwards.

Later, you made a decision to produce your own work, what was the trigger for that?

The decision to start acting and to enter movie business was made 10 years, back in 2006. That happened thanks to Bud Spencer. That year, I met him in Rome. I was looking for him for 2 days, but he found me in the end. We met again later, at the end of that year when he told me about himself and his son who is a film producer. Bud Spencer was a role model who showed me a way to the film industry.

What are you working on at the moment?

Thank God, there’s a lot. One crime TV series „DEAD END“, a short movie „LA FAMIGLIA“ and my thriller „SOMEONE DIES TONIGHT. Of course, I have some 4-5 scripts on my table which will be produced at a steady pace over the next 3-4 years.

When will the audience see those titles?

In the beginning of 2017. there will be a premiere of my new crime TV series „DEAD END“ in Croatia and the USA. We will finish my short movie „La Famiglia“ in May, which we’ll then send to the film festivals all over the world. Also, it’s planned to release my feature thriller „SOMEONE DIES TONIGHT“ by the end of the next year.

How is it to live in two countries and maintaining business connections?

I was born in Germany where I lived for 26 years. I live in Croatia since 2008, but my company „Dream Team Pictures“ was founded in Germany. It’s much cheaper to film and produce movies in Croatia than in Germany or in the USA.

You brought Hollywood name to Croatia, was it hard?

It wasn’t hard since I’m in a good relationship with Eric Roberts wife, who’s also his manager. Of course he’s not the only one I’ll bring to our beautiful country.

Is it Croatia good place for filming? Can you find reliable partners?

If you ask me, Croatia is one of the best locations for filming in the world. There’s no genre you can’t film here. I always say that what you film in Germany for 6-10 milion euros, you can get the same quality in Croatia for 1-2 milion euros. Domestic, let’s call them „producers“ don’t know what they’re doing, they don’t have the idea what to do with the international projects, which makes me really sad.

Your projects are mostly privately funded, how do you find the investors?

This is one of the big problems both in Croatia and Germany. If I would make a movie about a war in Croatia, then I would probably have public funded project. The same is in Germany if you film something about Hitler. Show me at least one German movie, and Germany is financially 100 times more powerful than Croatia, which has at least one Hollywood actor? There isn’t any!!! It’s because people don’t know how to work. People are scared. Thank God my investors are the same as me. They love movies, they’re resourceful and they know what it takes to make a good movie.

In your opinion, what’s important to make a successful independent movie?

The script, team, good actors and a good director. If you have all of that, then a movie can’t be bad.

You’re working with many famous domestic and foreign names, how do you compare Croatian actors to international colleagues?

I can say I’m very surprised with Croatian actors, in a positive way. Marko Cindric, who worked with me on „DEAD END“, is a great actor. I’m not exaggerating when I say he worths every penny to have him on a project. You rarely see such a good actor who gives his best and who always has his own idea how to make an even better scene. The same goes for Csilla Barath Bastaić. She’s an excellent actress, talented, beautiful and I follow her work because she works as Igor Pecenjev. A young actor who always reminds me of Hollywood actor Ron Pearlman.

All of your projects are made for the global market, do you think you’re moving away from Croatian audience or the opposite?

I think, and I want to show that we can make movies like they’re filmed in the whole world. Of course, Croatia is ignorant for such projects. Our people aren’t interested in such projects. Nobody wants to invest their money to make something, instead they wait for the country to pay for them. That’s why I think I’m getting away from the domestic audience. Personally, I don’t find it important. I make movies for global market.

What do you do in your free time?

I love to go to the cinema. I love travelling and shopping and I love to cook the most. When my friends come to my place, I cook something for them, and if I see they like it, then I’m happy. I’m not the guy who likes to go to the clubs. I don’t smoke and I don’t drink. I love pasta. And I like to meet my friends in private at a private location.

You’re from the part of Croatia called Slavonia, is there something you’d like to share with our readers?

Nobody’s perfect. Just believe in yourself and then you’ll make it in everything you like. If you stumble and fall, get up and fight for your dreams. That’s the only way to be somebody. And if people say bad things about you, that’s a good sign you’re successful, because everybody bets on the best horse!

Your envy is my accolade, your hate is my pride, and if you talk behind my back, than thank you very much for placing me into the centre of your life!

What’s the next move?

When I finish the ongoing projects, I’m taking a year off!

Thank you for the conversation, we wish you many success in your further work!

Thank you, thank you very much and I wish you too the same and I hope we’ll make something bombastic in Croatia! 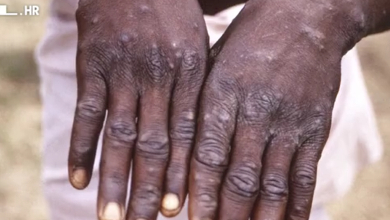 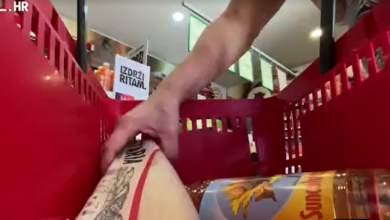 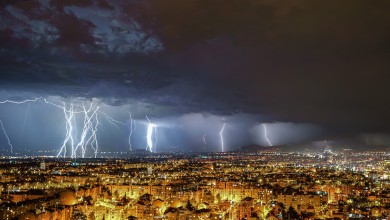 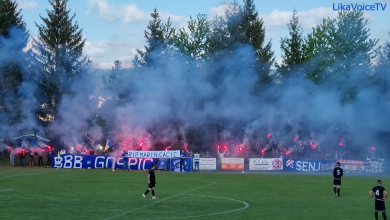