Would you ever have assumed that the world famous character James Bond was inspired by a real person? It’s not just the story though, it’s a movie. Dušan Popov, Duško to his friends, is a double agent and the main character of the Double-O movie. It was filmed in Prague as a Czech & Croatian co-production.

We are proud to announce the premiere of  Double-O, a movie about the real James Bond. Ian Fleming based his popular novel “Casino Royale” on the real life story from a Lisbon Casino when he saw Dušan in action at the Baccarat table.

Igor Pečenjev was the connection between the Czech and Croatian co-production, he’s also one of the producers of the movie and the only Croatian actor in the Double-O movie. He portrayed the character of Duško. Dušan Popov lived in Dubrovnik (Croatia) before going to study Law in Germany and later joining the British Secret Service as a double agent. The main star of the movie, Igor Pečenjev graduated from Prague Film School with Honors and the Best Acting Award (2014). With his passion for the story of the real James Bond, he wrote the screenplay and directed the movie.

“The movie was a work of passion. I followed my heart.  I wanted to film a spy movie, but not just another spy movie.  I desired something special, different from any other film. From early development, production and post it took more than a year of dedication to bring this story to life.“

The cinematography was the work of Luka Knežević from Rijeka, a Croatian filmmaker living in Prague. Our movie was filmed in Prague, but the story happens in several cities throughout the duration of World War 2. It was an expensive movie to create when it comes to short movie productions, but the idea was to start as a short film and find investors who were willing to back the feature version of the movie. An example of such work is the Oscar winning, “Whiplash” which was made as a short and a year later it was nominated for the best picture at the annual Academy Awards. There aren’t any big names in the Double-O movie, but the team was built around young filmmakers who were awarded for their work at the festivals around the world.

Our Gala Premiere will be held in Croatia, D-Day 2015. This date is important for the movie because Dušan Popov received The Most Excellent Order of the British Empire for his service during Operation Fortitude, with it’s climax on D-Day. Mr Popov’s connection to the events and the medal he received inspired the tagline for the movie “Every medal is two sided“, which announces the movie’s ambiguous nature and that there’s more beyond what you see. There is always another side.

We asked about the festivals and international distribution.

“The movie is being sent to festivals around the world. After the gala premiere we will announce the worldwide release date when the movie will be available online for our growing fan base around the world. The production team is proud of the movie and we can’t wait to show it, because it was made for film lovers, especially for true James Bond fans.“

We invite you to support this valuable and interesting project. Like Facebook page (Double-O) and spread the word about the Croatian James Bond. The name’s Popov, Dušan Popov. 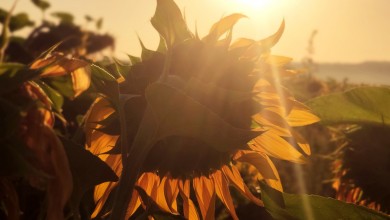 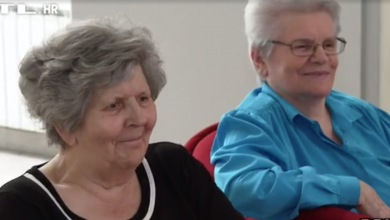